The City of Amsterdam is the capital city of The Netherlands. The municipality of Amsterdam is a governmental organisation of around 18,000 civil servants. As a municipality, our core business is to implement national and local policy. The city is exceptionally well connected both physically and digitally. Amsterdam’s citizens own over 600,000 bicycles for daily commuting.

Amsterdam is probably the smallest metropolis in the world. The magic number of a million inhabitants still hasn’t been reached (840,000 with 180 nationalities), although we’re getting close. The city borders on one of Europe’s most important airports (Schiphol) and hosts one of the world’s largest internet hubs (AMS-IX – Amsterdam Internet Exchange). Each year, over 150 foreign companies settle in Amsterdam. More than 70.000 internationals work in Amsterdam, and over 18 million tourists visit the city each year. These numbers justify the use of the word ‘metropolis’. Amsterdam is part of the Metropolitan Region of Amsterdam (MRA) with approximately 2.5 million inhabitants.

Role of the institution within ENLIGHTENme

The City of Amsterdam is interested in the effects of (outdoor/public) lighting on the wellbeing and health of the citizens, in particularly the elderly. By participating in the EnlightenMe project, Amsterdam wants to use the results of the interventions, research and the Urban Lighting Labs to improve lighting policies, urban planning and health. Furthermore, the project creates an opportunity to actively engage, the population of a low SES neighborhood, co-create the intervention(s) together with the neighborhood and the researchers. 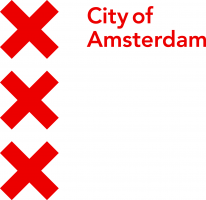